Scope of Graphic Designing as a Career: Pros, Cons, Job, Salary in India 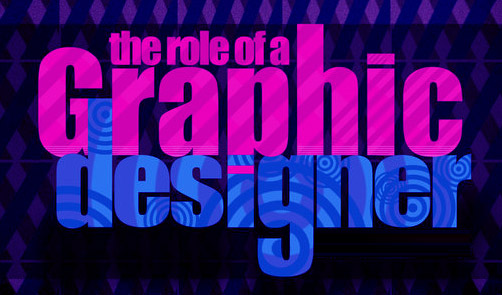 Scope of Graphic Designing as a Career: Pros, Cons, Job, Salary in India

Being a designer in India is an achievement in itself! Unlike western countries where designers specialize in either vector art or graphic content design for web – here in India companies look for an all-rounder. Often an Indian designer is skilled in photography, imagery, colors, textures, patterns, graphics, animations etc.

What led you to enter the graphic / animation design field?

What is expected of a Graphic Designer?

Simply put graphic design is visual communication. Usually graphic designers are given a brief, which states what problem needs to be solved, or a specific outcome that needs to be achieved. The challenge is to collect information and analyze it to figure out with the best possible solution which can be conveyed via image or animation. The success of a good design is determined not just by how pretty the design looks, but also if it could solve or convey the message to the audience.

Graphic designers use a wide variety of visual mediums to communicate messages via shapes, fonts and colors on print design, websites and social media. A good graphic designer possesses strong interpersonal and marketing skills, in addition to an eye for details and strong knowledge of electronic media packages.

Career growth of a Graphic Designer in India

Graphic designers are required in so many industries like Advertisement industry, Print Industry, Web designing industry etc. New designers must be aware of tools such as Photoshop, Gimp, Flash, Dreamweaver, Fireworks, Blend or more. But within 3 – 4 years of experience a designer career comes to a standstill (unless you have a highly creative mind and you are assisting or working as an art director). Unlike a career in programming where there are various layers (programming, analysis, project management) – designing is more of an individual genius than team work.

According to payscale – the salary of a designer gets stagnated to a level of 4 – 5 lacs even after 6 + years of experience in the industry. The problem doesn’t stop here – job satisfaction and level of security for the profession is observed to be low.

Let us review the median Salary of an Art Designer 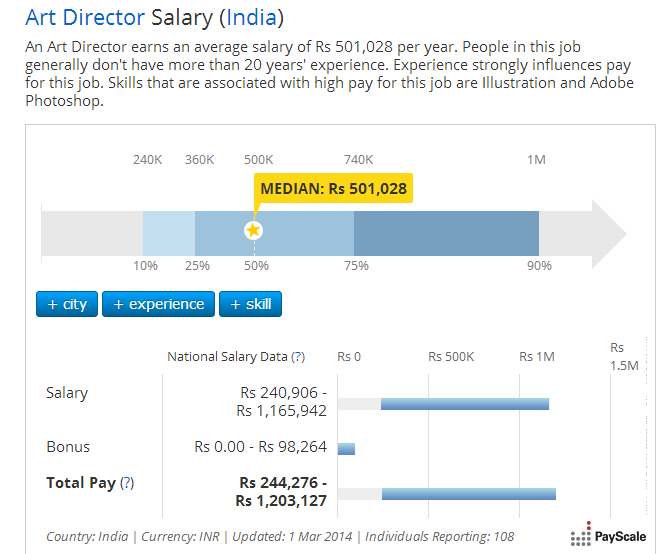 As per Payscale, you can see that the median salary of a Art Director is just 5+ lacs which is at least 50% less than IT Project managers with same years of experience.

In-fact 8-10 year experienced graphic designers / animators get Rs 6 lacs and still work as executives in several large MNCs across India. So does it mean that you have taken a wrong decision to take graphic/animation as your career?

Graphic Designers can rise to the next level: with Interactive Prototyping 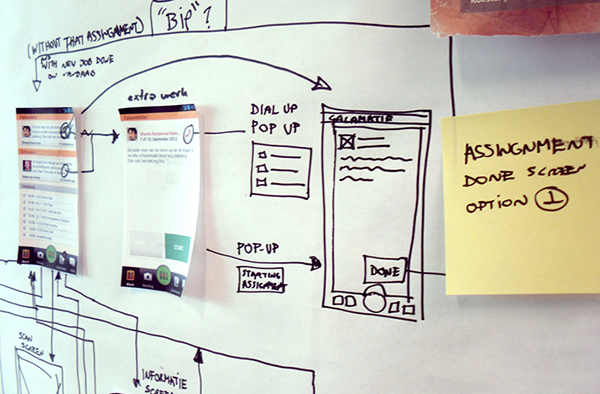 The terms “UI” (User Interface) and “UX” (User Experience)  facilitate better communication, better problem solving, better design and better user experience for Software Apps(Web + Mobile + Desktop). The quality of a user’s experience with the App greatly influences the person’s level of trust and confidence and compels them to act (or not act). The user interface, in turn, gives users a means to act on it. In other words, the UI is a point of interaction, while UX is the interaction itself.

Why software startups and MNCs are behind good UI / UX designers?

The world is changing and technology is growing rapidly. With so many App marketplaces such as Google Play, Apple’s Appstore, Kindle etc – end users are voicing their opinions about the user experience more and more. Infact 8 out of 10 people might instantly comment and rate a bad looking interface “as crap”.  Even if that app does a lot of cool things in the backend, still people would not want to try it out because it looks bad or interacts in a undesirable manner. What is the reason that is driving this change? 5 – 8 years ago, you could make any website without a design and information architecture in mind and encourage people to try it out, now people have better options. Hence if Apps needs more downloads and sales – it had to stand out from the crowd with a better UI and UX.

What a good UI / UX prototyping expert should know

Multiple Operating systems & GUI controls of each one of them: 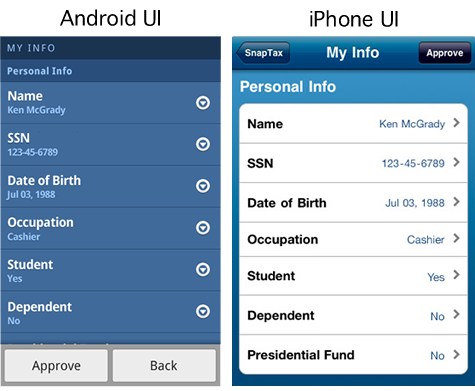 As the behavior, features of different OSes are different – a good UI/UX expert must know whats possible to do in which platform.

Look closely at the right hand side image of a same screen of an App in iOS and Android platform- how different they look and feel?

Why 75% of candidates fail in Face to Face Interviews?